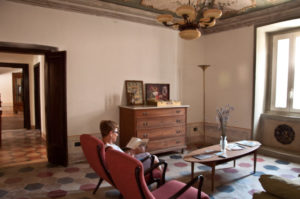 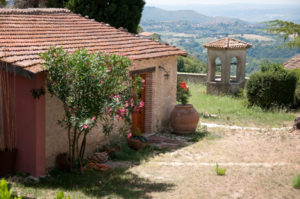 “Palazzo del Gatto” is situated in the historic center of Casaprota, a medieval village of seven hundred inhabitants, 60 kilometers north of Rome. Formerly the residence of a prominent family in the town, the place maintains its original space distribution, objects, decorations and furniture. It has four bedrooms, single and double, three bathrooms, kitchen, dining hall, two living rooms, the original store room (now a multifunctional space), and a wine cavern. The garden has panoramic views of the surrounding countryside, a water well, an old coach-house now transformed into a studio, the ruins of a former stable and other constructions once used for agriculture purposes. The grounds around the villa have a synergetic vegetable garden, olive and fruit trees.

Read the tale in Spanish.

Send your Application Form to info@sabinarti.it